(If you can’t watch the video, find the text below):

Streamr aims to tokenize the value in real-time data.

For example, let’s consider a self-driving electric car. For optimal operation, it constantly needs data from other machines, such as traffic congestion information from other cars, electricity prices on nearby charging stations, weather forecasts, and so on. Streamr provides a single interface for real-time data delivery and payment, making data streams tradeable by people and machines using the cryptographic token called DATAcoin which lives on the blockchain. The car can autonomously get the data it needs and pay for it. In turn, the car can sell the data it produces, such as traffic data to other cars, road condition measurements to a smart city, location and battery level to advertisers, and so on. A data stream economy is born.

Streamr is implemented as a decentralized peer-to-peer network. A data source can connect to any node in the network, publish a data point, and the network will instantly deliver it to valid subscribers. Horizontal scalability is achieved via a clever sharding scheme. The network integrates with the Ethereum blockchain, using smart contracts for security-critical operations like monetization and access control.

Decentralisation means that anyone can run a node in the network and earn DATAcoin in exchange for providing bandwidth to the network. The network is run by its users instead of a big corporation, meaning that YOU own, control, and monetize your data. It also means that the network continues to operate even if a large number of nodes go down due to attack or failure.

In addition to the network itself, we’re creating two applications.

We’ll create a marketplace to make it easier for data buyers and sellers to find each other. It’s kind of like an “app store for data streams”, and it uses a reputation system to showcase the most popular and trustworthy data.

To make it easy for developers to build data-driven decentralized applications, we have a visual programming environment and real-time analytics engine. It’s already up and running, and allows users to seamlessly combine scalable off-chain analytics with on-chain smart contracts.

We make your streams come true.

Thanks for watching! For more information, visit our website. You’re welcome to join our Slack and follow us on Twitter. Read about our collaboration with Golem and other projects in our blog, and of course don’t forget to check out our white paper.

We last visited Amsterdam and Bitcoin Wednesday in July, with Henri giving a talk on the Streamr vision for a low-latency, scalable, decentralized stack for real-time data. Frans Kempen from IBM was kind enough to chair the session. He even found the time to 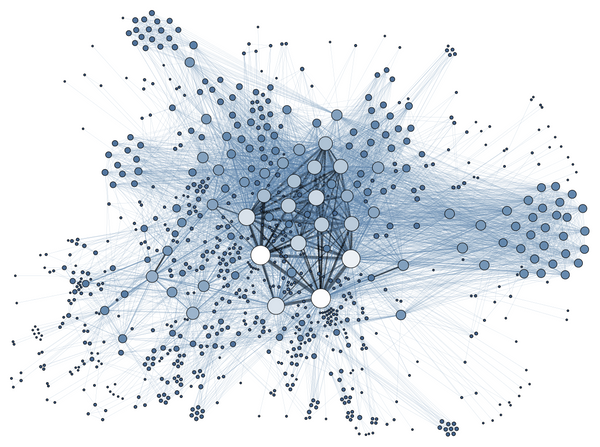 We are often asked which are the first use cases for a decentralized data stack like the one we envisage at Streamr. What we know is that the list of