NOTE: The Streamr Brubeck Testnet incentives have now ended. You can still use the instructions below to run a node in the Streamr Network and build applications, however, mining token rewards is not available at this time. In future, there will be further opportunities to earn rewards — keep an eye out for the latest news on the Streamr Discord server.

Install a new Streamr Broker node or update your existing one now.

On Tuesday, August 31st, the Testnet 1 reward period ran for 48 hours. We were hoping to get a fair number of nodes participating but as it turned out, there were plenty more Broker nodes turning up in Testnet 1 that we had anticipated. In fact there were so many participants that we needed to cap the amount of nodes that could be connected (5000) at the same time, as well as add a limitation on how many nodes could be connected from the same IP address (3).

This was enough to stabilise the network and even though not all willing Broker nodes could be connected at the same time, Testnet 1 was a great success. It was the biggest Streamr Network so far. We are happy and grateful for all our community participants who ran a node and helped us take giant leaps towards decentralization!

There’s a new release of the Broker node. If you’re new to this, install a new node, or if you already ran a node in Testnet 1, update your existing node. If you are updating, the existing node configuration will be migrated to work with your new Broker node software version automatically. Updating is mandatory to join Testnet 2; old versions will not receive the reward codes as they are published to different streams.

During the two days of Testnet 1, approximately 10% of the rewards were mined. So roughly 90% of rewards are left for Testnet 2 and Testnet 3, both of which will run for seven days.

The Network capacity has been increased via horizontal scaling of trackers as well as other optimizations. The 5000 node limit we had to set for Testnet 1 has been removed, and we are confident that the Network can push way beyond this limit. It’s hard to say yet whether a new cap will be needed, as the critical capacity can only be discovered when people update their nodes and join Testnet 2. Will there be enough nodes to break things again? Challenge accepted?

How many nodes can I run from a single IP address this time?

As the trackers are now distributed for horizontal scalability, it is no longer possible to set an exact limit per IP. You should be able to run three nodes behind the same IP, but not much more than that. Note that in order to run multiple nodes (on same or different IPs), you need a unique config file with a unique Ethereum private key for each node. One Ethereum address can join the Network only once.

I have access to a lot of IP addresses and will run a lot of nodes!

Please remember that there are costs involved in spinning up nodes on cloud services, and there is no guarantee that your rewards will cover the costs. Due to the financial risk involved, we do not recommend running a large number of nodes. Instead, it’s best to use the idle capacity you already have. The rewards available are stretched thinner with each participating node.

How do I know if I am connected?

You will see test reward codes being received and claimed even before the Testnet 2 officially starts. This is a sign that you are connected.

How many rewards do I get?

There is a total of 2 million DATA shared across participants in all three testnet. Your share of the reward pool depends on how many reward codes your node sees and claims out of the total, as well as how many other nodes there are claiming codes.

I have an error message.What does that mean?

Please join the Streamr community on Discord, there are channels to help you out, such as #testnet-faq and #testnet-troubleshooting. Our developers and engineers and other various unicorns are keeping watch and will answer your questions there. Remember to read the instructions and check the FAQ before posting. 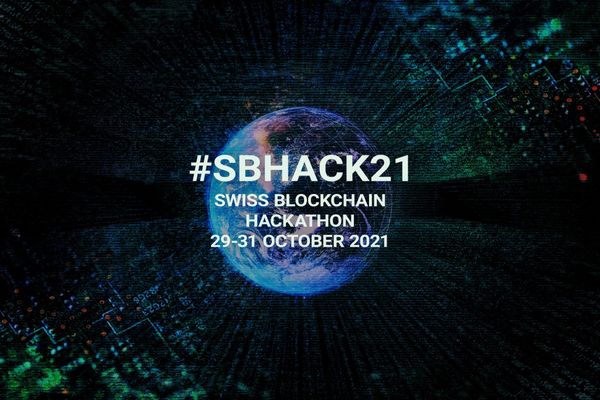 Streamr is an official partner of the largest Swiss Blockchain Hackathon in Zurich, Geneva and Lugano. There are over 100,000 CHF cash and non-cash prizes up for grabs, as

During the weeks between the testnet rounds, the team will be analysing data and implementing improvements to the Network. It will help the team if you are able to keep