Over the last month the dev team has been pushing hard on four fronts: The Network, Community Products, Usability and Stability.

The frontend team has been focusing on improving the usability of the Marketplace, implementing some minor bug fixes and getting ready for a MetaMask update. On the Editor side, a huge facelift is still the works to ensure it is more usable than ever. The team is also refactoring components to make them more shareable and save overall development time.

Meanwhile the backend team has been working on the Network. A lot of investigation/research has gone into this and we’ve already set up a minimally viable version of our low latency P2P Network.

The development of Community Products is also following a similar path with research and development still ongoing and is currently at the proof of concept stage.

Finally, we have increased our service quality by implementing more metrics and improving our monitoring and automation in order to to speed up development from coder’s laptop to production.

But if you’re worried about our vitamin D intake, don’t worry, we’ve also been getting out of the office — meeting our fellow developers in the decentralised space. At the start of this week a number of them headed to the excellent Web3 Summit in Berlin where the talks and workshops were really top-notch.

Myself, Eric, Juuso, Amandine, Miroslav and Michael were also running a hackerspace node, dApp City, focused on the theme of Smart Cities, IoT and blockchain. We invited a few other projects — VTT, Fluence and Xain— to join our node to give presentations or workshops.

We wanted to focus on this because we realised there are many hurdles slowing the progress of Smart City deployment including identity management and trust/less mechanisms for millions of IoT devices, the development of open vs proprietary data exchanges, protocol standards and segregation of responsibilities/concerns.

So during three days at the Web3 Summit we tried to create a space to foster open discussion on open-source hardware roadmapping, furthering IoT-blockchain integrations, data exchange protocols and AI/self-driving cars accident resolution, to examine the problems in greater depth. And of course we also laid on a good few pieces of IoT hardware for people to play around with!

The summit was a great success, many developers from other crypto projects and enterprise companies gathered at our node to learn more about Streamr and the projects we invited to speak. And doing this definitely strengthened our relationship with other top crypto projects. Of course, it didn’t hurt that we hosted also a pop-up beer party at our node as token of appreciation to many Ethereum and Web3 Foundation contributors. Eric and Miroslav, who are working directly on the Network, received new insights and ideas after talking to few follow network/cryptography developers there. Expect exciting things from the dev side in the next few months.

Over the weekend, a few of also attended the Status hack, #Cryptolife in Prague before going to Devcon IV, the annual Ethereum Foundation’s gathering.

Attending all these events slows down our production but conferences are absolutely necessary part of development. It’s vital that as many of the dev team not just keep up with all the latest innovations in the space (and there are so many), but also to swap ideas, think, rethink about what we’re doing. And also, we need to spread the word about what Streamr is up to and what it will add to the ecosystem.

Thanks for reading! Here’s our regular list of updates by developer:

Special Thanks to MikhaelSantos for helping draft the roundup at the top.

We have some nice news. Following an invitation from the International Air Transport Association (IATA), Streamr will be travelling to… 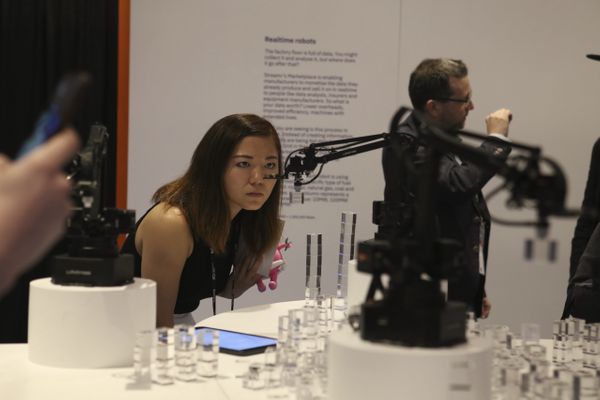 Earlier this month, Henri was interviewed by Anna Rose and Fredrik Harryson from Zero Knowledge. The interview was so good, rich and full…