It is no secret that the world’s data economy is a mess. Vying for ever greater control, today’s tech behemoths are locking up the information we all create in silos, so few people, except themselves, can access those resources. Those attempting to connect with the Internet of Things are failing to find common standards and cooperative breakthroughs like the ones that led to the world wide web. Meanwhile, scammers and even nation states reshape reality by flooding the Internet with fake personas in an attempt to game algorithms or the outcomes of elections.

In the midst of this, Streamr has been working relentlessly on both our data Marketplace and the peer-to-peer distributed data Network. Our goal is to forge and empower an open data common; decentralized, permissionless and accessible to any party. At the same time, we are building tools such as our Community Product feature, which help create Data Unions and leverage existing digital legislation such as GDPR to return control and ownership of data back to users.

But part of building a data commons also means creating common standards for the truth and accuracy of the underlying information. This is of vital importance. So in the process of building our data infrastructure layer, one question has been asked frequently — do we see ourselves as an oracle provider? Since Streamr already offers aggregated data from various sources including financial, environmental, location, and from crypto markets, it might make sense for Streamr core devs to add an oracle use-case to the platform too.

Streamr’s goal is to empower an open data common; decentralized, permissionless and accessible to any party.

There are no small challenges involved in building a robust oracle system, especially when, for the crypto space in particular, oracles represent critical pieces of infrastructure because they will provide real-world input that triggers irreversible smart-contracts settlements. For example, how can automated insurance payouts take place after a storm without accurate and reliable sources of truth around wind speed and rainfall?

Since Streamr’s core focus is on building Web3's decentralized data transport protocol and monetization layer, it has always made sense to partner with the real experts in the space. That is why we are proud to announce that Chainlink has completed its initial integration with our Marketplace.

Chainlink is a decentralized oracle network that enables smart contracts to securely access off-chain data feeds, web APIs, and traditional bank payments. The Chainlink team have a great technical reputation and are consistently selected as one of the top blockchain technologies by leading independent research firms such as Gartner. The project is also well known for providing highly secure and reliable oracles to both large enterprises (SWIFT) and leading smart contract development teams.

Chainlink oracle data streams will be available on Streamr’s Marketplace, similar to other data products and those products will add huge value to the Streamr ecosystem.

“The vast majority of data streams should be kept off-chain for speed and scalability,” says Henri Pihkala, Streamr’s Co-founder. “In many use cases however, such as insurance and finance, samples of verifiable data are extremely useful on-chain to enable data-driven automation of incentive mechanisms and payments via smart contracts.”

“The Streamr-Chainlink integration allows data to be securely bridged on-demand between Streamr, a decentralized real-time data network, and smart contract blockchains such as Ethereum. This enables developers to build decentralized applications that no longer rely on centralized APIs and silos for data. Instead, this type of automation patterns — attractive to institutions due to their efficiency — become truly trustless end-to-end.”

As we approach the rollout of end-to-end encryption across the Streamr Network, we will be able to guarantee data privacy, via encryption, and an anti-tampering feature during its journey from publisher to subscriber. With the integration of oracle providers like Chainlink, some critical data streams will be able to offer assurance of data provenance, guaranteed by the robust system and reputation of each provider. This will make integrating data from the Streamr platform with on-chain smart contracts even more robust.

To learn more about Chainlink’s latest developments, join them on Telegram or Twitter.You can also join Streamr’s Telegram and Twitter channels. 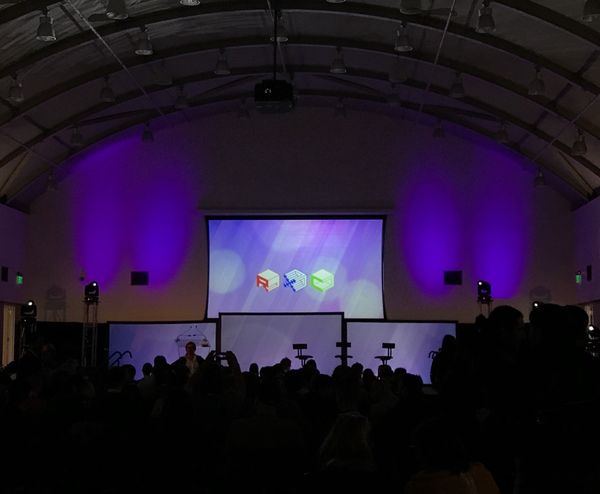 Lately politics has had a lot to say about how personal data is managed and profited from. It’s time for tech to give its response.