The way personal data is managed and profited from is a topic that is undoubtedly moving up the political agenda. In February, California’s Governor proposed doling out the proceeds of the information industry with a ‘data dividend’. US Senator Elizabeth Warren has suggested that the government not only break up tech giants but hold their CEOs criminally liable when breaches of data occur. These ideas, which might have seemed well outside the Overton window just a few years ago, appear to be gaining traction in an international legislative milieu, already fired up by the introduction of Europe’s GDPR.

There is activity within academia and at grassroots level too. Change.org recently hosted a petition to ensure car owners get to keep the data generated from their vehicles. And a fortnight ago, in Detroit, academics, activists, lawyers, poets and developers from well-funded, open source, technology projects in the crypto space, (including Streamr) gathered for the inaugural RadicalxChange conference to push the agenda forward.

There, American engineer and entrepreneur James Felton Keith spoke alongside European MEP, Paul Tang, to detail their respective efforts to create data unions. These data unions are ostensibly political activist organisations that leverage existing laws to force businesses currently profiting off data generated in the workplace into fairer settlements with employees. Keith passionately believes that if workers are generating extra value in the digital sphere for business owners, they should be getting a cut of the extra revenue. And, as he made clear at the event, he will sue you to make it so.

Yet for all the political activism that’s taking place, political and legal solutions will always fall behind the power of software. Why? Because they lack software’s greatest asset; the ability to scale at near zero marginal cost. When it comes down to it, in a system in which trillions of packets of data, relating to billions of people, are being transferred, bought and sold in microseconds every single day, you simply can’t employ enough people to police or negotiate fair settlement.

However this sort of complexity is just the kind of thing that machines are good at. And that leaves society with a simpler strategy to realising data justice — use tech to fight tech. It’s a concept readily envisioned by, amongst others, author and technologist Jaron Lanier, and academic and RadicalxChange conference co-organiser Glen Weyl. What the world needs is software versions of a data union — digital platforms that could easily scale what Keith and Tang are achieving through politics and law — digital platforms that will completely reshape power differences in the data economy to favour users, not the data giants. Software must be the medium, Lanier argues, through which the spoils of the Information Age can be fairly distributed.

So why haven’t technologists already developed software that can represent people controlling, owning and profiting from their personal data? It’s a good question. The simplest response is that until the last few years, the three most basic elements needed to make up a market for personal data haven’t really been devised, let alone developed. So what are those three elements?

Followers of the Streamr project will already know that alongside building a decentralised Network for real-time data, we’ve also been working on a system for selling personal data called Community Products. It’s now possible to say that Streamr has developed solutions to all three of those elements outlined above.

In February, we debuted our payments system Monoplasma, which can pay millions of people with a few clicks and near-zero transaction cost to the operator or purchaser of the data. (You can read about it here and watch Streamr’s co-founder Henri Pihkala demo it in the video below).

At RadicalxChange, we managed to present a crude demo of how we’re solving parts one and two in the simplest way we knew; by getting attendees to create a data union right there at the conference.

Designed by a member of our extended developer community, the demo is pretty simple. The idea is that by authorising a third party app to read their Spotify data, people can send the title of the tracks they play, along with album and artist information, to create a real-time data product that, for example, economists from the Bank of England might be interested in purchasing. You can try it yourself if you like. All you need is a Spotify account.

Simply scan the QR code below (or click this link https://spotify.streamr.dev) and after clicking the HTML link that pops up, you will be redirected to Spotify’s interface. Spotify will then ask your permission to authorise a third party app. Press accept and that’s it! You’re now part of one of the world’s first data unions.

To test it, just play a song on Spotify. You can view a live demo page here, which will show you all data being contributed by users around the world in real-time. If you have a registered Streamr account, which is free, you can see the canvas shown at following link. (Please note: this is a very basic test at the moment and although this particular data set is publicly viewable, it won’t be put on sale).

So where does this go from here? Well, Streamr core devs are currently working on the user interface (UI) for Community Products and ensuring that the backend, including the process for payments, functions smoothly. A first workable version of Community Products should be released during Q3. You can read more about the general architecture and timelines here.

Concurrently, the core team and Community Fund are already aiding developers within our ecosystem to design some pretty awesome applications to help the wider public aggregate and sell their data through Streamr’s decentralized Marketplace. The most exciting of these is a privacy-respecting plugin that works within the open source, Firefox browser, to help users push their search queries, Amazon data and basic social media data from Facebook and Twitter to a Community Product on the Marketplace. (App developers can of course make money by taking a cut of the sale of the products they are helping to create and administer). There are further apps being developed to allow people to sell data from their Fitbit, e-Scooters and mobile phones.

If the concept of data unions really excites you, and you want us to keep you regularly informed, drop us your email here. If you have your own ideas for an app, our Community Fund might be able to give you a grant to get started. Otherwise, in a few weeks time, we hope that the team behind the Firefox plugin will be able to demonstrate their fantastic work, so stay tuned. 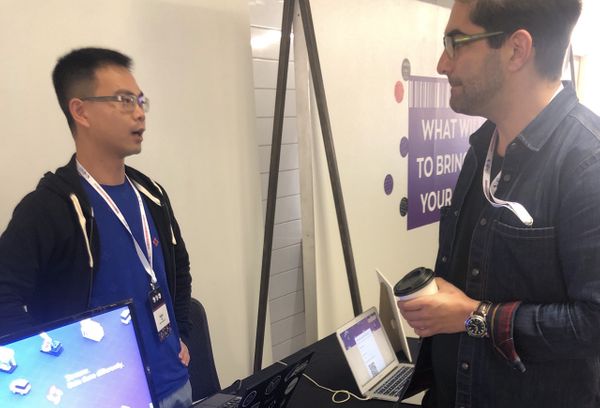