The ride-sharing app MAT is becoming the first of its kind that will allow its users to monetise their daily commute. To do so, the LATAM based startup is integrating the Streamr Data Union Framework and making the jump from Web2 to Web3.

The app that currently counts over 200,000 users will make every driver and passenger crypto owners overnight. In return for sharing their mobility data through the Data Union, drivers and passengers alike will receive a DATA token dividend.

The Streamr Data Union Framework provides a way to bundle a user’s real-time data together with others and distribute a share of the revenue when someone pays to access it. On its own, a person’s data does not hold much value, but when combined in a data union, it can aggregate into an attractive product for buyers to extract insights. This has the potential to generate unique data sets by incentivising individuals, in this case passengers and drivers, to trade previously unavailable data.

So far, everyday ride-sharing users of the region are unaware of the possibilities of blockchain tech in their everyday life. This joint partnership will allow the DATA token to become the first token ever awarded to most of the local population. In order to reward MAT's users in a fair way, the MAT Data Union will distribute tokens at an hourly rate. MAT will determine the hourly active users and distribute accordingly.

MAT is also a member of the Data Union DAO, a new DAO that will accelerate the growth of Data Unions. More news on that front soon.

How can MAT be competitive in the ride-sharing market?

The Latin American ride-sharing market is among the most competitive in the world. Opposite to North America, there are anywhere between five to seven different apps in the region that all offer the same value proposition.

The way Web2 ride-sharing companies incentivise the use of their apps is by allocating a big budget to coupons (for passengers) and bonuses (to drivers) when completing a trip. This has led to a race to the bottom among incumbents who have subsidised trips with almost near zero dollar costs to the passengers.

The network effect among incumbent ride-sharing apps is artificially influenced by a coupon and bonus scheme, which is subsidised by VCs who in exchange ask for growth, even if it is "artificial growth".

By introducing the Data Union framework, MAT offers an entirely new incentive to passengers and drivers alike which offers a competitive advantage over existing ride-sharing solutions, never seen before in the market.

So what are you waiting for? If you’re in the area, you can download MAT now on the Play Store or the App Store and start collecting DATA for every ride you take. 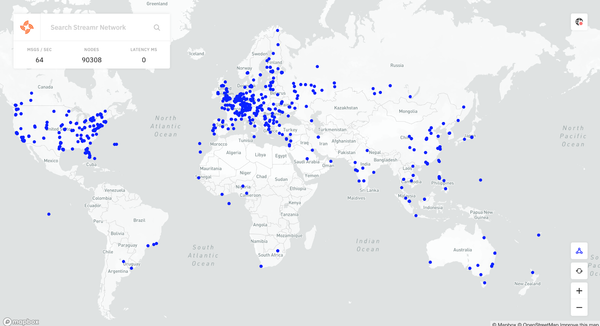 On the 24th of August 2021, the first software packages to run a miner-node in the Streamr Network were released. This marked the beginning of decentralization for the P2P real-time

The third Streamr and first Data Unions DAO governance round has come to its conclusion. Let’s take a look at the proposals and results of the vote. Streamr Improvement