Monoplasma is a special-purpose off-chain scaling solution for one-to-many payments. It’s a good fit for any system where you repeatedly need to:

We built Monoplasma because we needed it for the upcoming Data Unions feature on the Streamr Marketplace. Data Unions will allow end users who produce data through a connected gadget, like a Fitbit, or a Tesla, to pool and sell data collectively. And when that conglomerated data product sells, the revenue will then be automatically distributed out to potentially hundreds of thousands of data contributors.

The Monoplasma framework is reusable and un-opinionated, and as such, it’s a piece of software that might help others too. That’s why we wanted to make it standalone as a (hopefully useful) contribution to the Ethereum scaling space.

What problem does it solve?

Here are some possible use cases for Monoplasma, where this type of one-to-many payment pattern is repeated:

To outline something more specific I’ll pick an example way outside of our own use case of data monetisation and smart devices.

Imagine a decentralized Airbnb service where ownership shares in apartments are tokenised. An individual apartment could have hundreds, even thousands, of owners, each owning a fraction of it. When a guest stays in said apartment, the fee needs to be split among the owners. Ideally, this would happen on-chain within the payment transaction, but looping through each recipient, calculating their share, and sending tokens to them in a smart contract costs more and more gas as the number of recipients grows. This approach works fine for a handful of people, but it is simply not feasible beyond, say, 100 recipients — the transaction will simply become too large to even be included in a single block!

We looked at the various scaling solutions out there for Ethereum, but none of them met our requirements, which were:

So we decided to roll out our own, and try to keep things as simple as possible. We were inspired by the different Plasma variants and payment channel stuff, but we basically threw out everything we didn’t need, to find the simplest possible mechanism that does what we want (and only that!), while maintaining good security properties and trustlessness.

I won’t dive into the endless depths of how Monoplasma compares to every other side-channel/side-chain/payment channel solution out there. I’ll focus on the major functional difference with the rest of the family. This is the one thing to remember after reading this article:

We sacrificed generality in favour of special-purpose.

This is not a generic payment system where everyone can arbitrarily transact with each other. The system is unidirectional: there are no transfers between accounts in the side channel.

In other words, tokens can’t be spent on the side channel. But why is that a good thing? Since tokens can’t be spent there, there can be no double spending! And as you might know, preventing double spending is arguably the hardest problem in designing any distributed system that transfers value. Not having to deal with this simplifies things immensely, which is exactly what we wanted.

Since there’s no side channel spending, balances on the side channel are your cumulative lifetime earnings. In other words, your account balance can only increase monotonically. Hence the name: Monoplasma.

Your withdrawable balance is the difference. To withdraw, all you need to do is prove your positive balance to the smart contract. You do this by providing a simple Merkle proof.

The smart contract updates its internal record keeping to reflect that we now have withdrawn 100. If we try to withdraw again with a proof of earnings of 100 (or less), it won’t give us any further tokens. In other words, Monoplasma relies on the secure consensus mechanism of Ethereum to prevent people from withdrawing more than their provable share.

Other similarities and differences

I’ll briefly highlight some other aspects of Monoplasma:

Although somewhat simplified, the below table summarizes some of the similarities and differences between Monoplasma and other typical implementations in the same space:

As a developer, how can I try it out?

Monoplasma lives in this repo within the Streamr Github. It ships with an interactive revenue sharing demo which showcases the functionalities of the framework. Feel free to clone the repo and play around with it yourself (as others already have done!). Instructions for running the demo are in the readme. You can also watch the demo as I presented it live at ETHDenver in the video below.

We hope Monoplasma will be useful to other #buidlers out there! It will be reasonably well maintained for the time being, because we will be needing it ourselves for at least as long as similar scale and cost can’t be achieved on-chain, which is probably several years away from now.

Kudos to Juuso Takalainen of Streamr who’s done almost all of the heavy lifting, and to Kelvin Fichter of OmiseGO (and recently plasma.group) for support and putting us on the right track. A shout-out also to some prior art we came across including RicMoo’s airdrop utility and the OUTPACE protocol by the folks at AdEx.

You can follow the Streamr community’s progress on Peepeth and Twitter and also join the community on Telegram and our developer forum. 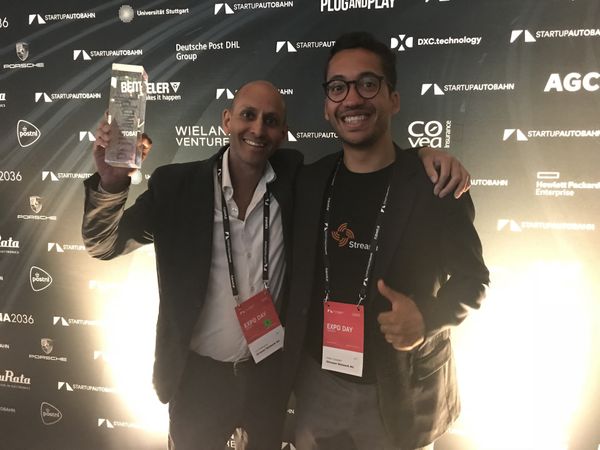 Streamr’s marketing strategy has been a hot topic within our community for many months. Here’s our plan for 2019 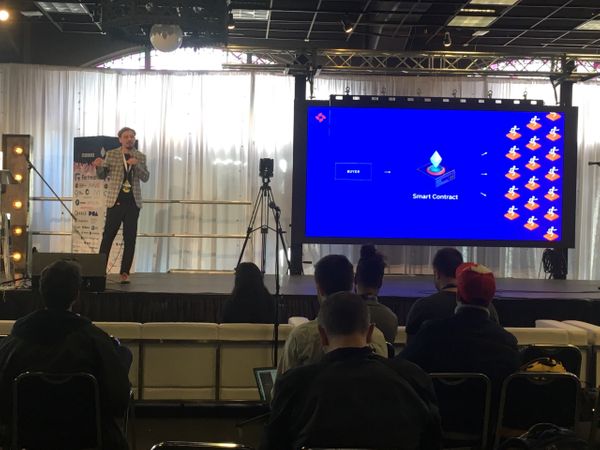 Help the project on everything from meetups to tutorials, translation to bounties. Oh and be a hero!